A model I built a few years ago. Just finished watching “Top Gun: Maverick” with my kids and was reminded how fun it was working on Ghost Protocol. The model was used not only used for previz and shot planning, but also a to-scale reference for Construction, Set Dec and Viz Effects

Dani & Edmund’s engagement party from Episode 4 of The Haunting Of Bly Manor. The goal here was to create a sense of over-arching claustrophobic and unfulfillable expectation. The greatest challenge was to create Dani and Edmund’s life in photos, spanning several decades.

From Supergirl Season 4. For this set, we took an existing cabin and added the classic elements of a Siberian Dacha. The “kid’s playtime” dressing came directly from my own experience raising some energetic and imaginative boys. #Supergirl 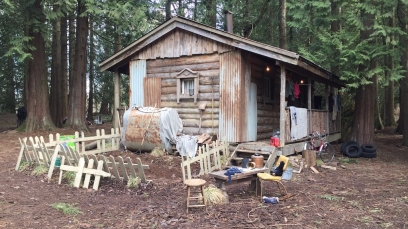 Babushka’s dacha somewhere in the Taiga

Babushka’s dacha somewhere in the Taiga

The only playmate for a lonely boy with super powers hidden in the Siberian forest.

About the time we were creating Lex’s War Suit, I began playing around with ideas for other armoured characters. The concept didn’t work with the storyline, but I liked the image, so I created some zinc plate etchings. 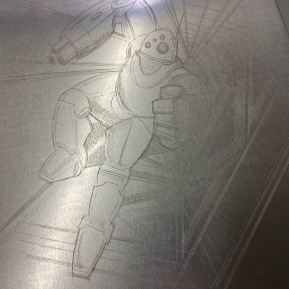 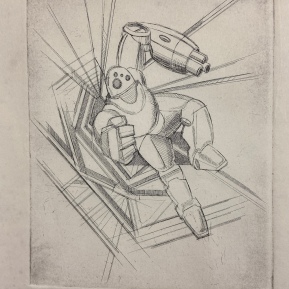 Some block printed holiday cards I made this year. DM me with your home address and I’ll send you one, while supplies last!
Linocut Christmas cards in the works. Thanks to @amanda_f_wood for letting me work in her fabulous studio.
Rae & Jerry’s Steak House, Winnipeg
The Forks, Winnipeg. This stuff would be. Lot more magical if it wasn’t -19
Morning at Matchstick coffee
Brickyard Beach, Gabriola Island
Loading Comments...